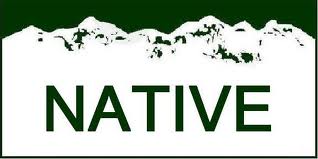 My friends and I were sitting on the "senior steps" during lunch, even though we were only juniors, when my wrestling coach walked up and told us that some kids with machine guns were shooting up a Denver high school. He had actually been on the phone with the Columbine wrestling coach trying to set up a meet when the whole thing started. For about an hour that's all we knew. Gradually classes ground to a halt as portable TVs and radios showed us what was happening just an hour to the north. We had a track meet that evening which continued as normal except that they played live news radio over the loudspeaker the whole meet. It was very surreal.

For a Colorado highschooler it was a pretty earth shattering day. Everything changed after Columbine.

What makes me sad today is all the things that haven't changed.

As most of you know, another mass shooting took place last night in a Colorado suburb. As Coloradoans, and as a nation, we'll go through the same "post-massacre routine" over the next few weeks as we did last time, as we've done every time.

The news media will make wild speculations about every detail of the case until the authorities finally release some information. The victims, their families, their neighbors, the shooters neighbors, teachers, relatives, and everyone in a 3 mile radius of the theater will be interviewed by CNN.

Some religious figure or another will come out talking about moral decay. There will be prayer groups and candlelight vigils.

And every one of us will dissect the shooters life. We'll look at his childhood, his CD collection, his internet search history, every little thing we can find in order to separate this man from the rest of us. We'll remove him from society because that makes this kind of thing easier to deal with. We'll point out his abnormalities. We'll de-humanize him. It's easier to label a monster and an outcast than it is to deal with a member of our society that has serious issues. That might mean that there's actually something wrong with the collective "us".

In a year there will be an anniversary with miniture versions of all the above. Then a 5 year and 10 year aniversay.

Of course, by that time there will be new mass shootings and new massacres. The cycle will repeat.

I'm not trying to be grim, that's just the way it is. My heartfelt "prayers" (I don't pray but sometimes there just isn't a better word) go out to my Colorado family. Hang in there.
Posted by Adam Gaylord at 9:00 AM