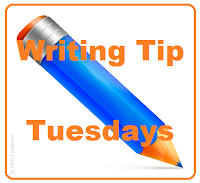 Welcome to another Writing Tips Tuesday! I am pleased to introduce the author of the amazing Paper Magician Trilogy, which includes the Wall Street Journal Best Seller "The Master Magician", Ms. Charlie Holmberg!

I’m sure you’ve heard the maxim that every possible story has been told, we just have to tell it a different way. According to Christopher Booker, there are only seven basic plotlines. It’s our job as writers to take one of these plotlines and make it seem new. To infuse it with something original. Or, as I’d like to discuss in this post, something weird.

What do I mean by “weird”? I mean something that is extremely original. As in adding an element to a story that isn’t just different, but completely obscure. An element that shakes hands with the bizarre.

I love weird elements in books, though to date my published works have been relatively tame. (Just you wait, world.) The reason weird is weird is because it’s vastly different—it’s not just thinking outside the box, but jumping into a new box entirely.

So, how does one make weird work?

The safe route is to change one aspect of the story into something weird: character, setting, magic, etc.

Let’s take the well-known story of Cinderella and make it interesting by adding a weird element:

Character. What if Cinderella were a leper? How would that change the story? (There’s nothing pretty or usual about leprosy, especially if we kept the romance element to the story.)

Setting. What if Cinderella happened in a world with intense volcanic activity? Or, staying closer to home, what if the story occurred under the reign of Ghengis Khan? 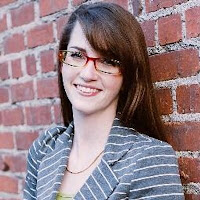 Magic. What if the price of magic was something bizarre—such as the organic materials being affected (pumpkin, mice, horses) turning into raging cannibals at midnight?

While these examples are off the top of my head, I highly recommend not using the first few ideas that come to mind when adding an element of weird to a story. Usually the first things we think of are either too obvious or too tame.

In addition to that, don’t overdo it. Imagine writing a story where Cinderella is a leper living in an alternate-universe where Ghengis Khan rules during a time of hyper volcanic activity, and all magic has zombie-esque consequences. It’s too much. It’s too weird, and that makes it hard for the reader to relate to the story (let alone understand it).

Going weird is something great to do if you’ve lost momentum with a current manuscript. Sometimes changing just one thing—especially for the bizarre—can breathe new life into an old project, or can plant a colorful seed for a story that’s still in its planning stages.

Want an example of making weird work? Read The Stormlight Archive by Brandon Sanderson. His worldbuilding is very new-box (why herd sheep when you could be raising giant crustaceans?).

What weird things have you encountered in fiction? What weird elements have you yourself employed?

Be sure to stop by Charilie's blog to share your thoughts on weird fiction and to congratulate her on the success of The Paper Magician Trilogy!

And tune in next week to read real tips from a real publisher on getting your book published. Really!
Posted by Adam Gaylord at 7:46 AM