As I mentioned in my last post, I've been doing a little drawing, mainly geeky-science comics. I enjoy the process and how important it is to tell a story in just a few words. It's a blast.

Before you can get my comic, you need to know a little bit about the biological concept known as "mesopredator release". Basically, this theory states that when large predators are removed from an area (bears and wolves for example) populations of small and medium sized predators  (like foxes and racoons) will increase, often to the detriment of their prey species (small herbivores like mice and rabbits, for example). You can read more about it here. 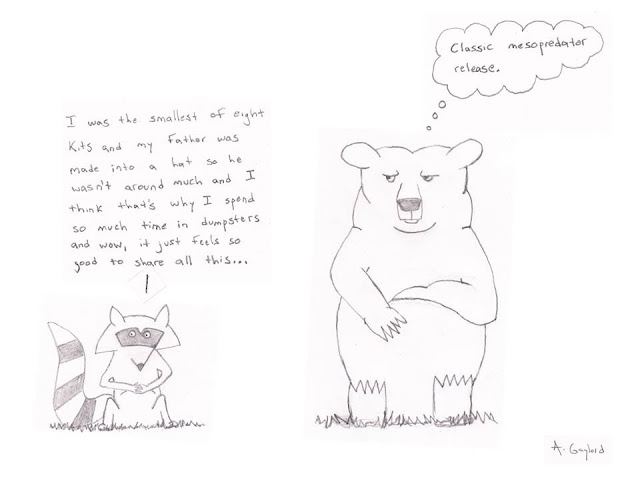 P.S. - If you're a science-geeky type that likes my comic and wants to use it in a presentation or something, you're welcome to. Of course, I'd love to hear about it so let me know at adamg73 (at) juno.com. Thanks!
Posted by Adam Gaylord at 11:30 AM